ATLANTA (October 1, 2020)— 2020 marks the 55th Anniversary of the 1965 Moynihan Report. The controversial report argued that accelerating progress against poverty requires strengthening families in the United States—particularly through positively impacting Black men. Almost five decades after the release of the Moynihan Report, analysis of the national data indicates that little progress has been made on the key issues Moynihan identified.

In 2015, Fathers Incorporated, in collaboration with the Urban Institute and the Open Society Foundations’ Campaign for Black Male Achievement, revisited the 1965 U.S. Department of Labor report, The Negro Family: The Case for National Action, more commonly known as the “Moynihan Report.”

With a 16-year history as a nationally recognized fatherhood promotion organization, Fathers Incorporated (FI), a national 501(c)(3) non-profit organization announced the launch of The Moynihan Institute for Research and Policy at their groundbreaking virtual townhall that hosted over 800+ attendees on September 29th.  The Moynihan Institute for Research and Policy will look to provide descriptive explanatory research and policy positions on issues that impact Black families from the perspective of fathers.

Over the past 6 months, the world has experienced an unveiling. The global pandemic exposed systems of racial inequity in health care, the economy, schools, and technology, among other things.

Protests, propelled by George Floyd’s murder at the hands of police officers, exposed glaring cracks in the criminal justice system and highlighted systemic racism. Although these issues are not new, they lay bare the challenges Black families face every day and have faced since the inception of this country.  The consequences of these issues are far-reaching and impact generations.

“It’s time to set a “new” starting point for examining, understanding, servicing, and promoting Black fatherhood in 2020. We believe it begins with “reimagining” – looking at the evolution of Black Dads.

The historical impacts that have affected them, their current reality and charting a new “blueprint” for how the “modern” Black dad of today must be viewed, engaged, inspired, strengthened and advanced.” He continues, and we have an esteemed advisory board that will ensure the works moves forward for the next researchers and policymakers

“We’re moving past the Moynihan report’s mere identification of the issues facing the Black family to the research and policy implications of the role of fathers in ameliorating these issues in Black families,”

Although the Institute does not agree with all that is proffered in the Moynihan Report, we recognize the document as a critical reference point to the issues that impact Black families. Our sole purpose is to empower Black families and communities through research and policy that focuses on fathers.

FI is a leader in the fatherhood field and is known for its national and local outreach focused on improving father engagement in the lives of children. FI believes that the presence or absence of fathers shapes the way children view the world and interact with people and that fathers are an essential element in successful families and thriving, stable, healthy communities.

For more information and a copy of The Blueprint Report visit the web page or call 770.804.9800 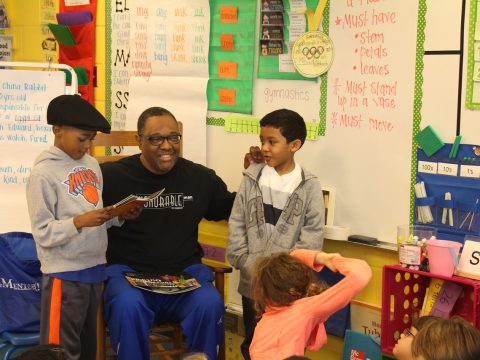