Thousands of Students and Fathers for Million Fathers March 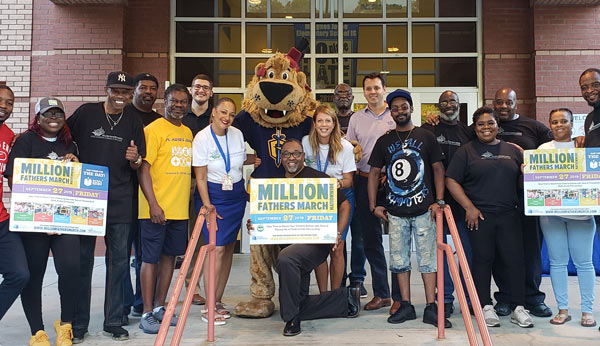 Fathers Incorporated Spurs Thousands of Students and Fathers for Million Fathers March. The Projected Impact of Nearly 446k Students,77,000 Dads in 82 Cities and 26 States Had a Reach of over 44.6 million People

The 27th of September marked the national day of unity for fathers across the country for the 2019 calendar year that resulted in media coverage from The Atlanta Journal Constitution, The Baltimore Sun, Philadelphia Tribune, ABC7 News, Brunswick News, and Spectrum News1 just to name a few. California, Maryland, Philadelphia and Georgia led the way with the most coverage while local stations such as WBAL (Baltimore), KRON-TV (San Francisco/Bay Area), WQAD-TV (Moline, IL), KTVU-TV (Oakland) and KVUE-TV (Austin) used the moment as a great human-interest segment.

The hashtag #MFM2019 social exposure increased 932% and continues to trend days after the official event. Kenneth Braswell, CEO of Fathers Incorporated reflects, “The ‘warm and fuzzy’ part of the story is often focused on the day parents walk their children to school. The piece that is rarely told,” shared Braswell, “…is what happens the next day and the years after. Last year, for example, Fathers Incorporated paid for 40 men to join a school’s PTA. Fathers later volunteered as crossing guards, hall monitors and to read to younger students. We want to pull [fathers] all of the way in,” he said.

This is huge, just having a father figure involved in their lives makes a major difference,” said Fairview Elementary school principal, Brian White of Oakland, CA.  “It boosts their confidence; it helps them academically. It’s very, very important.”

Principal Margul Woolfolk said she got goose bumps as she watched father after father come to the doors of the school. “It seems like the dads are so excited and all the children are smiling,” she said. “It’s amazing. We hope the dads stay engaged and advocate for their children.” [Atlanta Journal-Constitution]

The Million Fathers March (MFM) is an annual opportunity for men to show their commitment to the educational lives of their children throughout the school year. Since the march began in 2004, fathers and other significant male caregivers across the United States and around the world have gathered to accompany their children to their first or designated day of the new school year. Each annual MFM marks the beginning of a year-long commitment by men to their children’s educational success.

For more information about partner and sponsorship opportunities with the Million Fathers March, visit MFM website or follow the hashtag at #MFM2019, #MillionFathersMarch or #MillionFatherMarch 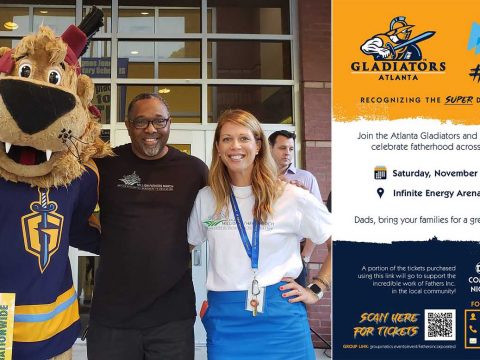