It has long been known that father presence in the household is important for the positive well-being of families, neighborhoods, and youth. Dads who actively participate in the lives of their families provide a steady source of stability and support.

The consequences of such support impact a whole host of child developmental outcomes, including behavior, academics, and health. Involved fathers are also more likely to engage in positive parenting behaviors like academic intervention[1] and constructive discipline.[2]

Promoting responsible fatherhood, then, should be the focus of institutions as well as grassroots efforts in society. Involved fathers help create well-adjusted youth. What happens, however, when there are impediments to both the presence and participation of fathers in the lives of children, particularly Black[3] fathers?

Conservatives often address this question by contending that Black fathers are not adequately present and involved with their families. They push to create policies that encourage marriage among families as a way to foster child well-being and success, particularly Black families.

The Sequence of Success

The success sequence, for example, suggests that individuals are most likely to avoid poverty and be successful if they finish their education, obtain full-time employment, marry and then have children—in that order.

The idea itself seems intuitive and positive. After all, proponents contend that this ordering would create more stable and successful Black families. Critics, however, point out that the success sequence disregards the impediments that individual effort cannot always overcome.

As Brian Alexander wrote in The Atlantic, it “conveniently frames structural inequalities (i.e. high unemployment, lack of education, racial discrimination, etc.) as matters of individual choice.”[4] This is why removing barriers to structural equality is equally important to the success of families—especially Black families.

But it’s important to note the share of children in single-mother families among all races has risen dramatically since the 1960s. Moreover, we now know that among nonresidential fathers, Black fathers are more involved than Hispanic dads and share more responsibilities and generally co-parent better than white or Hispanic nonresidential fathers.[5]

Still, nonresidential Black fathers face myriad barriers to being a stable, consistent support to their children because of other systemic challenges that conservatives often overlook.

In a comprehensive forthcoming report, “The Blueprint—Re-imagining the Narrative of the Black Father,” we outline those factors that are necessary for understanding the Black father, such as the economic challenges that stem from having lower rates of upward mobility and higher rates of downward mobility than whites, leading to large income disparities that persist across generations.[6]

These economic factors can substantially and negatively impact Black families in real time. When examining the response to the COVID-19 pandemic, for example, many Black families found themselves vulnerable and unable to maintain their households with little-to-no liquid assets.

The share of Black children born to single mothers has more than tripled from about 24% in 1960 to nearly 70% in 2018, indicating that Black fathers are less likely to live in households with their children than fathers of other races.

Differential educational outcomes are also a barrier to success for Black families. Black males, for example, still experience greater impediments to graduating from college and when they do, they are more likely to graduate from for-profit institutions with larger amounts of college debt.[7]

Physical and mental health disparities are another factor rarely addressed as significant to the well-being of fathers (and therefore, families) of color. For example, Black men experience the worst health outcomes of any other demographic group, and at age 45, Black men have a life expectancy that is three years less than non-Hispanic white men.[8]

Poor health is often symptomatic of poverty. Health, in turn, has an impact on sustained poverty. This cyclical relationship must be unpacked when identifying why poverty is predominantly the plight of certain marginalized people.

Finally, the media plays a large role in how Black fathers are viewed in society. There are many media myths that should be addressed and dispelled related to Blacks in general and Black dads in particular.

According to sociologist Patricia Hill Collins, these “controlling images” shape people’s thinking about certain groups after being exposed to negative representations repeatedly.[10]Left unchecked, they can make policy and lawmakers unsympathetic to the plight of Black dads.

Why do these things matter? Because it is not enough to discuss Black fatherhood without also understanding the context within which Black men operate.

Even so, it is clear that Black children need their fathers. Although the protests in response to the killing of unarmed Black people have been peaceful, the looting and violence perpetuated by a few must be addressed.

It was painful watching young people—Black and white—breaking into buildings and stealing merchandise. Those images remind us that for many of these youth, dads are likely not in the picture.

Perhaps if more fathers were residential, they could speak to their children about how to appropriately channel anger and frustration at the same time they have “the talk” with them.

“The Talk” is an important conversation Black parents often have with their Black sons about how to deal with police when they are stopped so they can make it home safely after a night out with friends.

Perhaps an increase in residential fathers would mean more dads are home to comfort their children at night when they are fearful that their older brothers or cousins might not make it home after a routine traffic stop.

That is why promoting responsible fatherhood is more important now than ever. The world is demanding positive change, and Black fathers need to be at the helm. If Black fathers are lifted up, Black families will be stronger.

But this necessary change will not happen if promoting “responsible fatherhood” is used to place blame on a group of people who are often “marked” by the time they are school-aged.

Rather, it must mean that as America looks inwardly at how we can be a better nation, we seek to understand the full picture of what it means to be a Black father in America. It means to take into consideration what changes need to be made in society even as we work to build the character and resolve of Black men.

Kenneth Braswell is a husband and father of five, and the founder and CEO of Fathers Incorporated (FI). He is the author of When The Tear Won’t Fall: One Man’s Journey Through The Intimate Struggles of Manhood and Fatherhood. He is also the author of four children’s books and three powerful documentaries.

Dr. Matisa Wilbon is an Associate Professor of Sociology and the CEO of Wilbon Enterprises, a consulting firm that focuses on diversity, equity and inclusion strategic planning and policy.

Stacey Bouchet, Ph.D., has has worked with Fathers Incorporated since 2013.

[9] Dixon, Travis L. (2017) “A Dangerous Distortion of our Families: Representations of Families, By Race, in News and Opinion Media.” The Color of Change. https://colorofchange.org/dangerousdistortion/#report 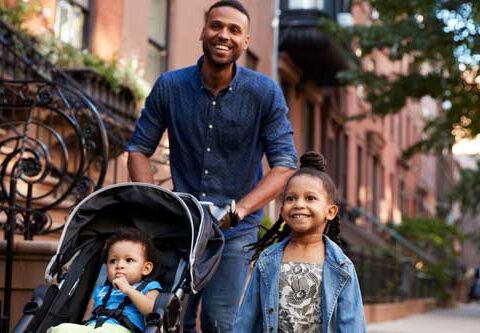 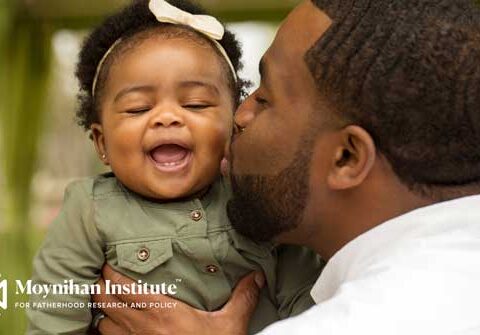